Are we in a Tech bubble? 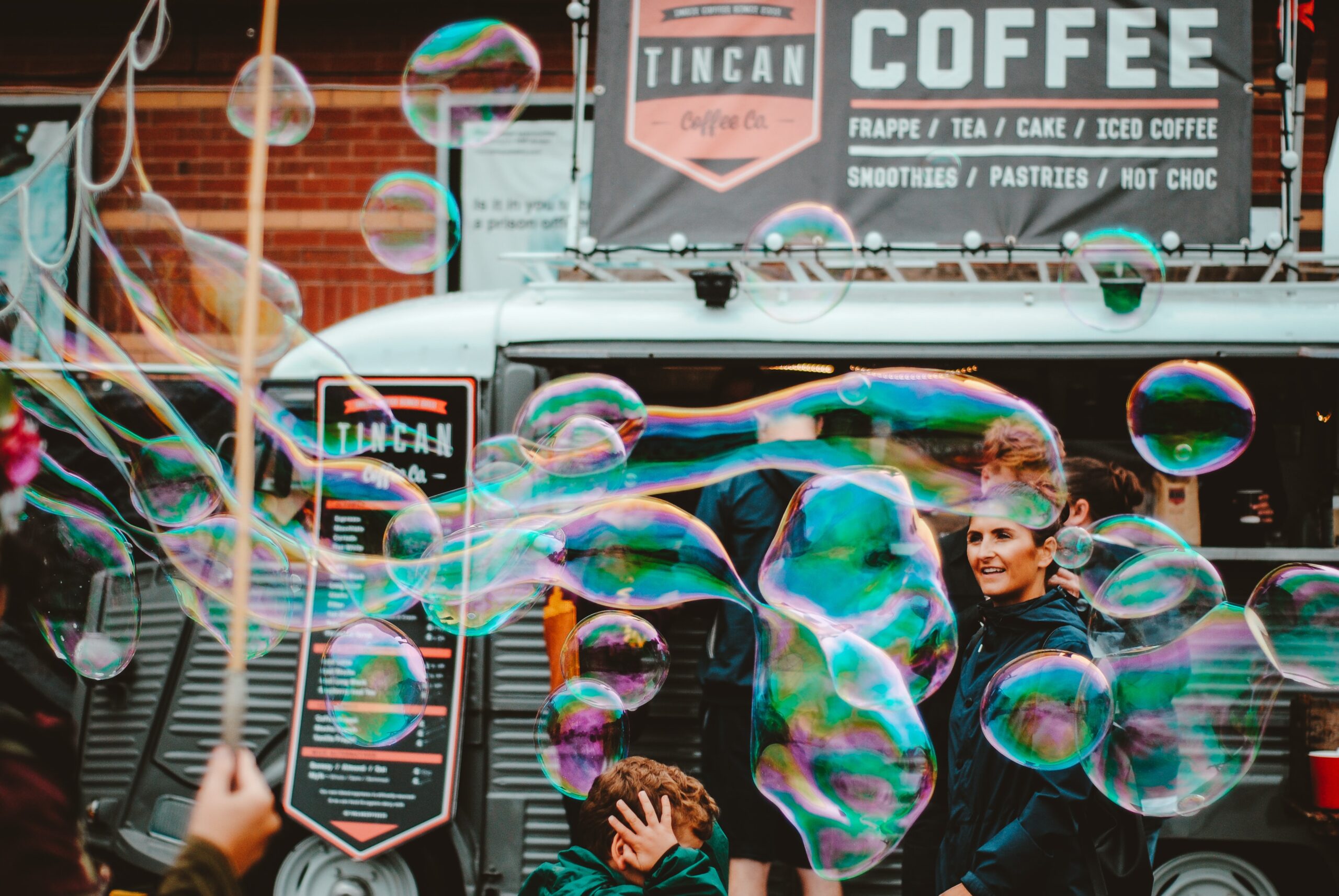 As stocks are getting closer to their all-time highs, the voices of the bears are getting louder. Simplified arguments have more chances to reach the general public and people tend to overlook the other part of the thesis. Are we in a tech bubble if top 5 S&P 500 constituents represent more than 20% of its market value? Is Tesla going bankrupt? Will Value finally outperform Growth? Are equities expensive? All these question could be boiled down to just one – are interest rates going to rebound in the nearest future? And the answer is – probably not.

During the Great Financial Crisis (GFC) Federal Reserve started its balance sheet expansion program, known as Quantitative Easing or QE, in order to lower the interest rates, increase supply of capital and save the economy from the recession. And that did work – GDP growth averaged 2.3% and stock market increased almost 400% since the lows of March 2009. Since then the idea of printing money to hit inflation target and reach full employment became increasingly popular. That is why the same tool was used ten years later when global economy came into a standstill due to Covid-19 pandemics.

The beauty of ecosystem

Have you ever sent someone a WhatsApp message with a product you would like to buy or a place you want to check out just to see it being immediately advertised in your Instagram feed? Facebook owns 4 out of 5 most popular social apps which are used by 3 bn people on a monthly basis and this company knows a lot about you – what you like, what you hate and what you care about (remember the newly introduced smileys); maybe, it knows more than you do about yourself. This huge data inventory allows Facebook to offer advertisers better targeting and more efficient lead generation, while access to so many potential customers provides unlimited opportunities to cross-sell. Or take Apple, which many viewed as a hardware company largely dependent on the iPhone replacement cycle until it transformed itself into a service company, to which 1 bn of the most affluent people in the world are willing to pay premium prices for their iPads, Apple Watches and Airpods and spend twice as much on apps as Android device users (Apple collects 30% of all AppStore purchases).

The biggest trend of the last decade in enterprise solutions is certainly transition from on premise to cloud infrastructure. It allows for increased capacity utilization, lower latency, remote access and backup, making business processes more efficient. And there are two clear leaders in this business – Amazon/AWS with market share of 33% (growing 29%) and Microsoft /Azure with 18% (though growing faster at 47%) – making it an oligopolistic market with high entry barriers. The pandemics should massively accelerate economic digitalization – according to McKinsey, e-commerce penetration for the last 3 months increased by roughly 17%, more than over the last 10 years combined. And Amazon and Microsoft are best positioned to ride this trend, adding more and higher-flying SaaS companies to their enterprise ecosystems.

So are equities expensive?

The whole equity valuation discussion should always be put in the context of interest rates. Although picture of absolute price-to-earnings ratio at 25 looks painfully similar to the one during dot-com bubble, at that time 10-year treasuries were yielding 6%, while now they just hit the bottom of 0.5%. So when we substract latter from earnings yield of S&P 500, we arrive at 3.4%, which is two times higher than an average of 1.6% over the last 30 years. 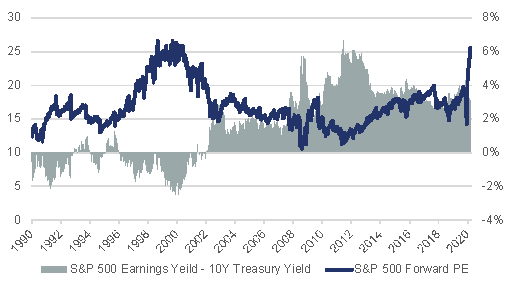 Stock market rebound this year was largely driven by the mighty five ecosystem stocks (Facebook, Apple, Microsoft, Google/Alphabet, Amazon) and latest earnings season proved that the disconnect between those and the rest of the stock market is fully valid – only Alphabet disappointed, but largely due to its dependence on travel giants Booking.com and Expedia that stopped their marketing spend faced with the lack of demand. That shows the resilience of businesses that have access to billions of consumers and millions of enterprises, that have tremendous R&D budgets, most talented workforce and unlimited ability to cross sell to their existing customers. The only risk that trillion-dollar club companies are facing is that they have become too big and an easy target for politicians, though legislators have to prove that breaking those giants apart would really benefit the society.