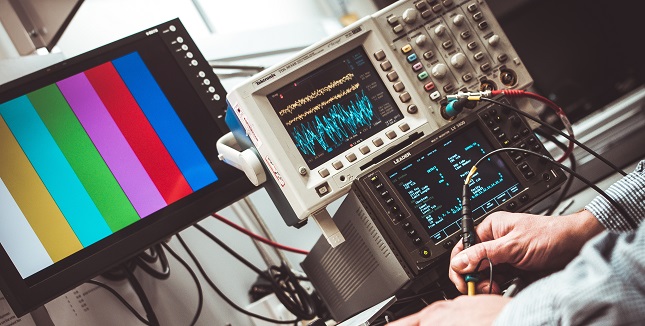 Assume Amazon trading at PE of 20 instead of 70, having 3Y equity profitability of 24% instead of 19% and avoiding losses in 2012-2014. Can it be? We  would argue that yes, it is possible if one considers a distinctive feature of the technology companies to make huge investments and expense them rather than capitalize. Therefore, there is a pressure on firms’ profitability and, additionally, no growth to the asset base on the balance sheets.

A huge number of investors avoid IT companies such as Tencent, Amazon, and Qorvo in their portfolios reproaching their extreme valuations and obviously still having fresh memories of a dot-com bubble burst in 2001. The representatives of other knowledge-intensive industries are often neglected, too.

It is argued that, in fact, these companies are unjustifiably exhibiting lower earnings, lower asset base, and higher valuation multiples. Thus, the current standing makes them unreachable for the broad scope of investors. The accounting rules and regulations, which are claimed to be outdated by Lev and Gu1, require companies to expense such costs as customer acquisition, personnel training costs, know-how development – costs, which are vital for business development and built-up of economic moat. So, first, the problem has to be recognized and, second, some measures to resolve it have to be developed.

In this article we provide a historic overview of the tectonic changes in the asset structure and the change in importance of R&D, main driver of the competitive edge. Additionally, we analyze the relation between company’s gross profitability, its investments in research and development and selling, general and administrative expenses (the companies do not report separately marketing expenses or personnel training costs).

Intangibles are coming to the scene

Fixed asset are largely becoming commoditized. Few decades ago, the equipment was often a source of uniqueness to the company as it was not available to every enterprise due to several reasons, limited funding being one of them. In the new millennium, assets such as buildings, cars or factory robots do
not offer competitive advantage by themselves. Competitive advantage is being created by the company internally, when investing in the know-how, marketing and personnel, or is being obtained when engaging into mergers and/or acquisitions.

Naturally, the trend seen on the charts is partially explained by the change in index structure as more IT companies replaced capital-intensive businesses.

The aspirations of corporate managers to win in the competitive race are reflected not only in higher investments in the intangible assets, but also are seen in R&D statistics: in 2018, 37% of the largest US companies reported R&D expenses, which is a 60% increase as compared to the beginning of the millennium; in Europe – 32% reported R&D, which is two times more as compared to 2000.

We have plotted on the charts below (Fig.2) gross profit margin levels based on the research and development costs as well as selling, general and administrative expenses quartiles. The logical pattern is quite clear both in US and European markets: the companies with higher investments in R&D and higher SG&A costs are reporting higher gross profitability, obviously being able to offer products of higher value-added and, thus, charge premium prices.

Of course, one should realize that simple spending on the new initiatives, trainings and products will not help. The process should be productive and efficient, which is often hard to control for the outsiders. However, such proxies as the past track record and new product sales should be helpful in understanding the plausibility of the investment strategy.

We couldn’t help but look into how the quality companies tackle this particular issue. In Europe and USA companies complying with quality classification have higher investments to develop and defend their competitive edge (judged by R&D/Sales, SG&A/Sales, Intangible/Total assets) as compared to the market average (Fig.3). Remarkably, quality companies focused even more attention on the issue during the last decade as both in Europe and USA respective ratios have increased.

Naturally, there emerges a question on how (and whether) these investments translate into the stock returns and relative performance. The answer to this problem we plan to provide in our further insights. Stay tuned!