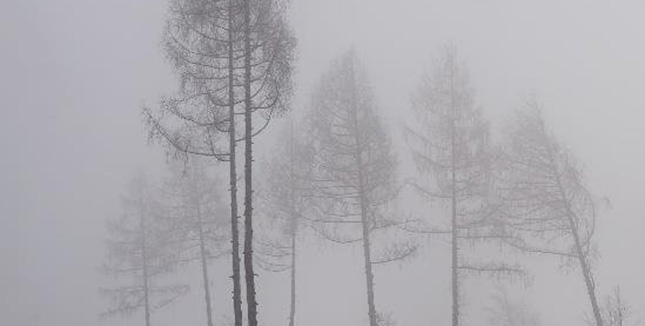 Current set-up is such that global economy is basically paralyzed and the GDP forecasts are being adjusted downwards every week. As such, in the end of March second quarter GDP in the U.S. was expected to contract by 25% according to JP Morgan, while shortly after the forecast was lowered even further: J. Yellen and Credit Suisse expect the decline to reach or even surpass 30%. Huge uncertainty persists on the markets, sending volatility to the highest levels since 2008, but the incoming economic shock would be much more tangible as compared to the setback caused by the liquidity crunch. When economic paradigm alters, many companies will be forced to declare bankruptcy or will be saved by the government. The most affected ones are naturally those, which operate businesses exposed to off-line socializing (dining, passenger transportation, sports and leisure centers), and those, which serve them. If these companies also have significant portion of fixed expenses in the total cost pool, then they are dead in the short-term.

To have a more insightful view on the degree of fixed costs exposure by various types of businesses and, therefore, to detect critical companies, we used a filter based on the operating leverage, which is a direct proxy to company’s dependence on those costs. Fixed costs cannot be addressed immediately and, therefore, expose the company to a senseless cash burn.

Operating leverage of the company should always be cared for when making an investing decision, but it is particularly attention-grabbing now, when companies are forced to hibernate due to the inability to conduct business as a result of the actions imposed by the legislation or due to lack of demand. DOL, calculated by dividing operating earnings growth by sales growth, is the ratio that provides an idea of how significant would decline in operating earnings be in case there is a decline in sales, which is unavoidable scenario for most of the companies in the current environment. If the company is characterized by high leverage (>1.1), it means it has high portion of fixed costs and in case of sales contraction, the decline in earnings would be much more evident as opposed to the company with lower leverage. Just compare wholesaler Costco, which had DOL of 0.73 in 2019, or Amazon with 0.83 and Lockheed Martin with DOL of 1.49. Although because of the recession everyone will suffer, but the results of Costco or Amazon would be relatively better than those of Lockheed Martin based on DOL, and also because their business model is more resilient.

Median DOL ratios for the US and European markets are clearly above one. 56% of MSCI USA companies and 63% of MSCI Europe have DOL above 1.1, which means that businesses with rather high operating leverage prevail on the market. Naturally, this is beneficial during economy expansion, but can hurt in the contraction phase. Therefore, it is always better to have a balanced portfolio on a DOL dimension.

Fig. 1: Degree of operating leverage, Quality stocks vs. MSCI (based on 3Y CAGR)

US and European quality companies have DOL of 1.09 and 1.12 respectively, meaning that, in general, they have lower fixed costs vs. total costs as compared to the market average. Therefore, they should be able to overcome incoming crisis easier than their peers. Additionally, Quality companies are well-known for having robust balance sheets and for being significantly less exposed to bankruptcy risks (link), they could even seize the opportunity to further strengthen their market positions.

Clearly, energy companies will have the toughest time and not only because of the extremely high fixed costs, but also because they are extremely inflexible with the production operations. They would experience double-whammy effect because of the oil price war, which has sent price of the commodity to the levels long time not seen. Manufacturing companies also cannot swiftly cut their costs and, therefore, have high operating leverage, which, coupled with their cyclicality, causes huge headache for all their stakeholders. This is certainly true for the car manufacturers and capital goods producers. Food and pharma makers, though having high leverage, will suffer less, helped by the business model resilience. Cyclical nature and high fixed costs also may drive semiconductor companies into trouble, but that can be cushioned with – large cash piles sitting on their balance sheets.

Not that obvious case, but much more rewarding is Wayfair. Company sells furniture and home goods online and naturally benefited from competitor store closures –quite a move from #120 on average in March to #20 in April. Wayfair stock rose a whopping 660% from its 52-week low as company gained “millions new customers”and revenue invcreased 90% from the same period last year.

IT and communication firms have high leverage as well, but they are much less cyclical and, additionally, they are also well-off by having huge cash reserves. Moreover, many of them (e.g. online education, gaming, media, online services) are set to profit because of the current situation, which makes people spend so much more time online.

Staying away from the critical sectors would be a good strategy now, even if it seems that the current valuation is attractive. Valuation will obviously alter when the results are reported, and many cyclicals having high fixed costs will find themselves in the red zone, if they haven’t applied for bankruptcy protection beforehand. The uncertainty over, whether these companies would be able to follow the expected Vshape recovery, or it will take them longer time to rebound, also persists.

On the other hand, current situation provides a tremendous opportunity for many companies to step-up their business models, like develop and expand online offering, which should be considered by each enterprise regardless whether it has B2C- or B2B-type business model. And these investments would not be in vain – the human behavior possesses certain stickiness, so the majority of users will develop their online habits and stay with the once chosen service, ensuring continuation of the global online presence trend.