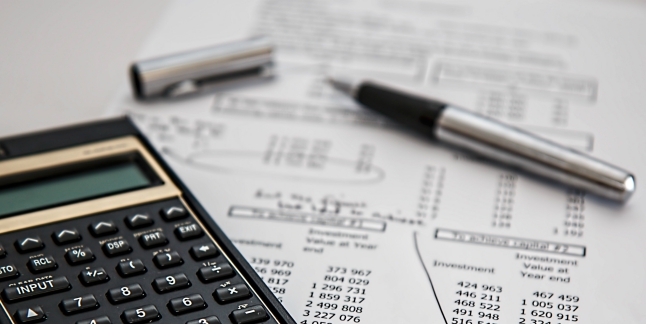 While everyone is busy assessing business implications of the raging trade war between the US and China, the least of one’s concern are changes happening with stale accounting regulations. And yet, with the new IFRS 16 standards, IASB is about to deliver a silent blow that will put the balance sheet quality of many companies across the globe to a serious test. The remarkable yet confusing fact is that these new standards were first announced back in early 2016, but market participants do not seem to have given it a reasonable amount of attention.

IFRS 16, applicable as of January 1st 2019, will require businesses to report operating leases, previously kept off the balance sheet, as a part of their liabilities. Low value assets and short term leases of 12 months or less would be the only two exemptions from the new rule, with limited early adoption by some companies, who have already applied IFRS 151. Now, while it is true that the new standards address long-awaited need for additional disclosure requirements and will enable fair comparison between companies that borrow to buy or to lease assets, it also bears significant negative implications for key metrics associated with leverage, such as gearing, equity ratio, etc. After new standards are applied, businesses will appear more asset rich; however, this asset inflation will come with more volatility and additional debt. Putting things into perspective, in early 2016 Financial Times estimated that businesses worldwide would be forced to add $3tn of leasing commitments to their balance sheets2. Two years out, any metamorphosis could have happened to balance sheets globally, especially given that the low interest rate environment might have tempted companies to borrow more while debt is cheap and increase their reported leverage. In the MSCI World All Cap Index, about 45% or 1259 companies report according to IFRS, of which as many as two thirds have operating lease obligations. Currently operating lease obligations make 2% of the total assets and 9% of the debt oustanding for the largest companies in the stock index. For the retail sector, the most critical in this sense, operating leases constitute 12% and 37%, respectively.

IFRS 16 will spare no industry from the effect of an additional debt burden; however, some will take a much harder hit than the others.

Fig. 1 MSCI World AC selected leverage ratios by Sector, as reported for FY17 and after application of IFRS 16

As our analysis shows, unsurprisingly, Consumer Discretionary and Staples are the two main sectors with a substantial amount of obligations related to operating lease contracts, especially the Retail business. The equity ratio is set to decrease by more than 10 ppt points and debt to equity to increase by more than 20 ppt points for Consumer sectors, putting many companies at risk of dropping out of quantiative filters applied by asset managers and index providers. Within the consumer sectors, particular caution should be applied to Food & Staples Retailing and Specialty Retail, as after IFRS 16 is applied net debt to equity is seen to rocket from 29.8% to 98.6% and from 0.8% to 60.3% respectively. Telecom Services will also experience significant changes to its key leverage ratios, and so will some subsectors of Industrials, like Auto manufacturers.

If one should account for the upcoming changes in fundamentals or not, is one’s own call to make. However, there are certain things, like the potential impact on performance that should be considered regardless. Muradoglu and Baturevich (2010)3, investigating the predictive ability of debt ratios with regards to the abnormal returns of S&P 500 companies, identified that, in the long run, the companies with the lowest gearing ratios exhibit the highest outperformance.

Our performance back-testing for constituents of MSCI World AC excluding Financials (Fig.2), based on the Debt to Equity ratio, shows that stocks falling into the last quintile (having the highest leverage) delivered the lowest active annualized return over the last 20 years as opposed to those that were less heavily indebted.

Obviously, higher leverage goes hand in hand with higher volatility and larger downside, and it also often might mean that fast-growth, capital-hungry companies are dropping from investment radars. So, one needs to find the tradeoff between the firm’s development pace and the balance sheet quality to reach sustainable above average results. It would be particularly important given expectations of increasing interest rates.

We also had a look at how the Hérens Quality Universe will be affected and if the magnitude of the impact is more or less pronounced. It appears that Quality companies proportionally have more off balance sheet operating leases than the general market primarily due to Consumer sector bias. Therefore, the difference between current and adjusted for IFRS 16 ratios (Fig.3) is more substantial. However, key leverage ratios for Quality companies still remain remarkably healthy as compared to the overall universe, even after the adjustments are made.

Fig. 3 Selected leverage ratios for MSCI World AC and HQAM Quality Universe, as reported for FY17 and after application of IFRS 16 (Adj.)

This underpins the very essence of the Quality Strategy that calls for investments with sound financial conditions and strong balance sheet structures, especially with regards to debt levels. Therefore, even after IFRS 16 is applied, quality companies are likely to maintain their robust fundamentals as one of the key factors to a solid performance profile.