Japan-Considerations for the next five years 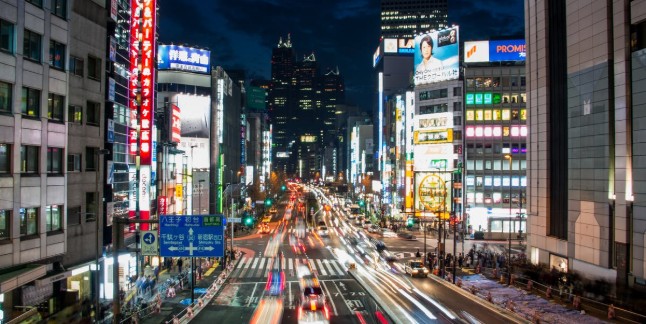 Our Japanese equity portfolio celebrated its five-year anniversary with an excellent performance. On this occasion, we review the track record over the last five years and offer some thoughts on the investment strategy for the next five. Japan’s economic ties to fast-growing Southeast Asia will further strengthen and many companies are set to benefit from the trend.

Reviewing the past five years

In May this year, our Japanese equity portfolio marked five years since its inception in 2013. In that time it has gained 78% and substantially outperformed the reference index, TOPIX, which rose 38% over the same period. Five years ago, Prime Minister Abe’s reflation policy known as Abenomics, which aims to stimulate economic growth through monetary easing, fiscal spending and structural reforms, was in place. During the years since, the Japanese economy grew by just 1% p.a. in real terms (based on the IMF World Economic Outlook 2013 to 2018), with very moderate inflation of around 1%. Even though Japan’s growth rate was small, it benefited greatly from the synchronized growth of the global economy since 2016. Despite the dull domestic macro environment, corporates were able to show strong earnings growth. Market EPS grew by 60% over the last five years.

The large discrepancy between the GDP growth and earnings growth numbers suggests that the Japanese stock market is not driven solely by domestic economic factors. We need to look at Japanese stocks in a global context and keep in mind that a good investment return can be obtained despite low GDP growth. Our bottom-up approach is the best way to find the attractive investment candidates.

Table: Performance of our equity portfolio vs. TOPIX since May 2013

Our long-only portfolio of around 25 of the most attractive Japanese stocks outperformed the Tokyo stock market every year except 2016, when the unexpected victory of Donald Trump caused the stock market to rebound 13% in November and December. The quality stocks in our portfolio failed to keep pace with the strong movement.

Our investment approach centers on

1) selecting strong companies that can grow beyond the economic cycle in Japan;

We have remained true to our initial concept as set out above and held between 21 and 29 stocks over the past five years. We are actually very pleased that the volatility of the fund is among the lowest of all peer longonly Japan funds. Our fundamental equity research will continue to focus on selecting “one-of-a-kind” Japanese companies and we intend to do our utmost to deliver good performance for the coming five years.

Why should you invest in Japan now?

We think it is worth investing in Japan with us and participating in many companies’ attractive growth potential. There are several reasons to support our conviction, including:

The developed country in Southeast Asia, Japan will continue profiting from this flourishing region.

We do not expect Japan’s mature, aging economy to show strong GDP growth over the next five years. However, the country will continue to benefit from the global economic expansion, especially in Southeast Asia. Japan happens to be the most developed economy in what is the world’s fastest-growing region. According to the IMF, the economy in Asia including Japan will account for 35% of global GDP in 2023. Strong economic growth will create more wealth and raise living standards. The number of Asian millionaires in dollar terms is expected to jump by 42% over the next five years. As many as 26% of global millionaires are predicted to reside in Asia in 2022, according to the Credit Suisse Global Wealth Report. Japanese companies should be the biggest beneficiary of Asia’s rising prosperity during the coming five years, due to the country’s geographical and cultural advantages. Japan’s influence in Asian culture has been increasing as living standards improve across the region.

The overseas sales ratio of Tokyo-listed manufacturers is rising. As much as 55% of their sales were generated overseas in 2016, with more than half coming from Southeast Asia. According to the METI survey, the revenues of Japanese local subsidiaries in Asia have increased 67% over the last ten years. Most importantly, the Japanese are doing well in Asia as their profitability is higher there than in North America and Europe. On the manufacturing side, almost one-quarter of their products are produced in overseas factories. A while ago, made-in-Asia products were exported to other regions; now the proportion consumed locally has reached a historical high of 77% and is expected to rise further, in line with the local economic development.

It is also worth looking at the breakdown of overseas sales by segment. The bulk of the revenues still come from wholesale and transport equipment (automobiles and parts), but the largest increases over the past five years were seen in the retail and food sectors.

Indeed, retail brands such as Uniqlo and Muji are gaining popularity and Japanese food is attracting more global attention as a healthy choice. In addition to Toyota, Canon and Sony, more Japanese consumer brands are expected to improve their global recognition. Japan exports not only hard goods (cars, electronics, etc.) but also soft content such as anime (Japanese cartoons). Exports of broadcast content tripled to CHF 360 million over the five years to 2017, with 60% going to Asia. 80% of content exported consisted of anime. We expect the value of Japanese intangible assets to increase, especially in Asia.

In line with the government’s efforts to promote the tourist industry, the number of visitors has been increasing rapidly. 28.7 million people visited Japan last year (+19% YoY) and 86% of them were from Asia. They consider the Japanese hard-working and polite and many would like to visit the country again. A yearly survey by Dentsu shows that the countries that most like Japan are Thailand, Vietnam, the Philippines and Taiwan. A new generation with favourable sentiments toward Japan is definitely growing up, and we are convinced that they will together create a new positive dynamic in Asia in the near future.

The flipside of the current trade conflict between the US and China is that relations between China and Japan have remained smooth. Some business experts say they are the best they have experienced in recent years. This may also be reflected in the strong Q1 corporate results, where Tokyo-listed major companies’ operating profits saw a strong 11% growth, an expansion of seven consecutive quarters.

Active investment is the best way to gain alpha in the Japanese stock market.

Japan has one of the most liquid and open stock markets in the world, with 3,500 listed corporates. At least 200 of them are worth looking at thoroughly, in our view. Our focus is on companies offering “one-of a kind” products and services, because there are only limited alternatives to threaten their profitability. We are analyzing such companies’ longterm business and financial track records to determine whether they are suitable investment candidates.

While we do not foresee many domestic risks, there are external risks that could negatively affect the performance of our investment. They are: