How fair is fair Valuation? 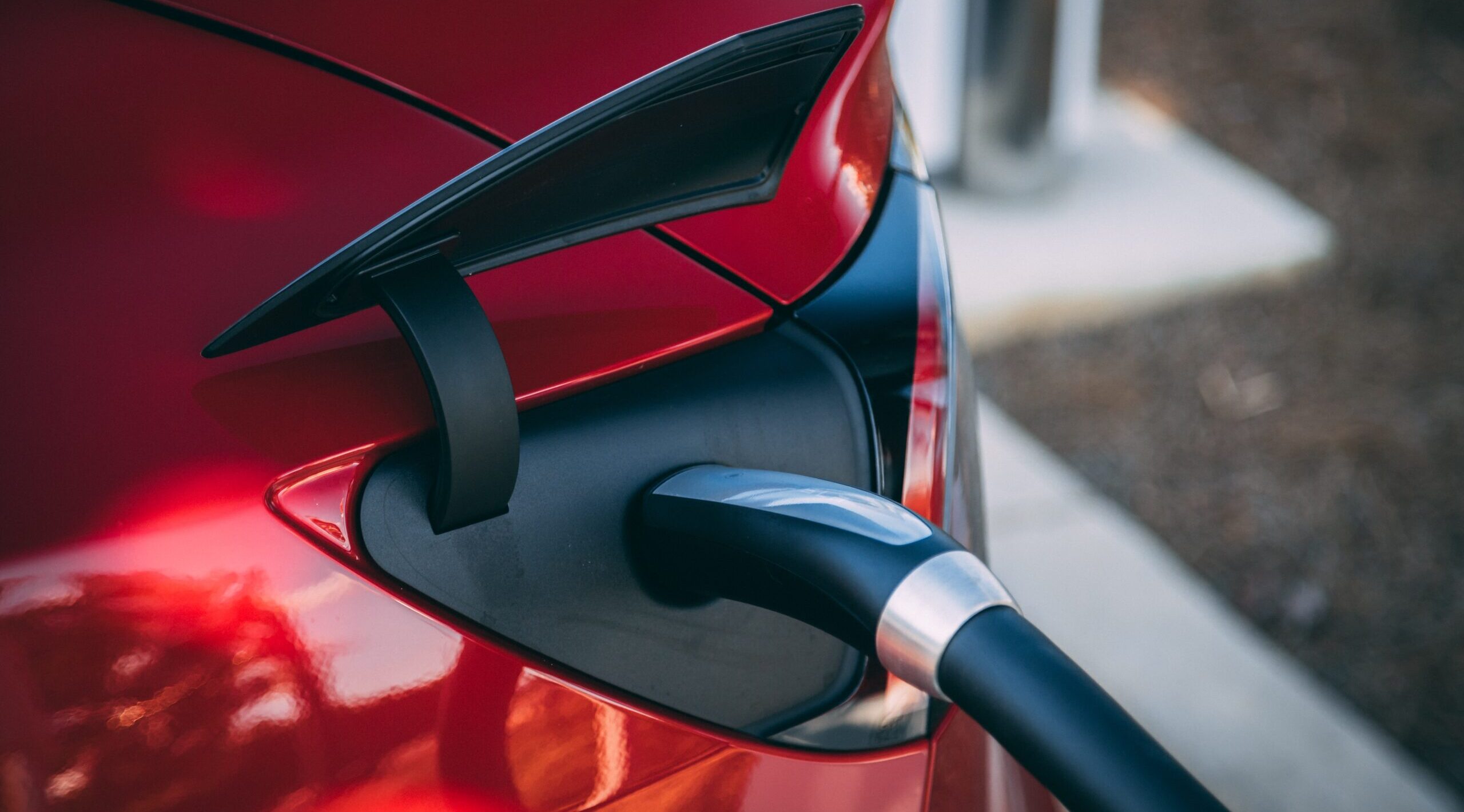 Don’t hope to buy a good product at low price

Since the beginning of the year we saw a hard setback of growth stocks — clear winners of the last year. The capital fled away to cyclical rate-sensitive and value stocks as investors anxiously monitored possible signs of inflation. We witnessed the most painful sell-off among those stocks, whose valuation levels significantly exceeded market average. Therefore, a question of whether growth stocks, primarily from tech sector, were as significantly overvalued as they were back in 1999-2000 arose. We certainly cannot compare current development to the situation witnessed two decades ago as, unlike their past peers, many tech firms now continue to sustainably deliver added value, while their future growth potential remains exceptional, supported by great management and world’s best engineering talents. Good companies with exceptional total addressable market just cannot be priced at low level.

When you book a vacation at a five-star hotel, you obviously pay a premium for better rooms, diversity of amenities and quality of service. Or when you choose to buy an iPhone instead of Xiaomi – again, you are paying a premium for nicer design or better security. The same applies to stocks – good companies are traded at premium prices and that is OK.

However, when the stock continues its rally, one could not help but wonder at which point it becomes overbought and when the implied growth rate, based on the valuation, ceases to become realistic. These are the questions we want to discuss in our March insight as we observe market getting into a fever mode, being indecisive regarding the fairness of valuations.

Valuation metric based on the lifecycle

We want to start the debate by sharing our strong belief that assessment of company’s valuation through comparison of its earnings multiple with one of the market (or industry, or own historical average) makes little to no sense unless company’s stage of development is taken into account. You neither can compare PE of a pure growth company, such as Pinterest, nor PE of the value company such as ExxonMobil to the multiple of the general market due to the totally different profiles of the businesses. Such approach would result into owning a full portfolio of value stocks, which have been underperforming the market since 2007, and which are being cheap for a reason.

We believe the right approach — when apples to apples are compared — would be to take into consideration the life cycle of a company and compare it to the companies operating in the same industry. It also becomes quite clear that PE or PE forward can only be used when the company is able to report stable earnings and when no heavy investment cycle to make significant changes to business model is required, i.e. when company undergoes the mature development stage like Facebook now. 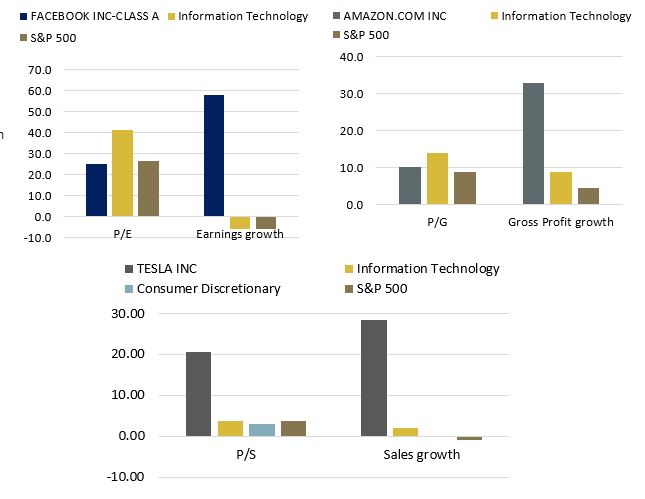 In case the company is in the expansion phase, posting envious sales figures while reinvesting all profits, price to gross profit as valuation metric would be the most correct one to refer to. It will even-out the effect of huge investments, which will have temporary negative impact on net profitability, but would lay down excellent base for future growth — as in case with Amazon. Finally, when the company is in the beginning of its development journey or making a turnaround and, therefore, posting weak profitability, the obvious choice would be price to sales ratio. This could be appropriate valuation metric for such growth companies as Etsy, Pinterest or Tesla.

Taking R&D into account – being fair towards IT and Healthcare

In the context of valuation assessment we could not skip the discussion on R&D expenses, which account for a substantial portion of cash outflows in enterprises operating in R&D-intensive industries such as IT, Healthcare and sometimes also Consumer Discretionary. Usually R&D spending is expensed, not capitalized, which creates disadvantageous position for the companies with high R&D spending as compared to capital-intensive companies that capitalize their spending and show comparatively ‘inflated’ profits.

We have recalculated adjusted PE ratios (by removing R&D costs from profits) for FAAMG companies, which are often considered to be overvalued. As a result, valuation of Facebook and Google is below market median, while valuation of Amazon does not appear to be scary anymore.

Markets nowadays are anchored to the future to such extent that traditional valuation metrics based on past earnings or even 1-3 year forecasted earnings might lead to the flawed opinion about the true value of future champions. Company’s competitiveness, hence its ability to grow market share, and total addressable market (TAM) now have become the key factors, which should be considered when evaluating the fairness of the market price. For instance, high valuation of Tesla is partially justified by its enormous TAM — electric vehicle sales are forecasted to increase 20-fold by 2025 (ARK Invest), where Tesla, being very competitive now with 16% share, is expected to harvest the largest gains. Additionally, Tesla is well-positioned to leverage on the autonomous driving trend, which is supposed to generate $250 bn in profits for automakers.

Additionally, if the company has high leverage, which is a significant downside risk for a cyclical company but a great opportunity for a growth company, it can help in accelerating its earnings growth once heavy investment period is over. For instance, high operating leverage helped Adobe to grow its sales 4-fold over the last decade, while operating income increased 6 times.

Judging on the company’s valuation, it is imperative to account for lots of nuances, such as earnings growth and innovative potential, leverage, TAM and competitiveness. These, hopefully, could be prominent landmarks, and will help you not to get completely lost in the valuation jungles and to be able to determine whether the valuation of the high growth stock is fair enough for you to jump in before it has reached its next peak. As you also are aware we are fully committed to consider – besides an attractive valuation – the fundamental quality of a company. As it proved over the last 20 years both components together (Quality and Valuation) are delivering an excellent performance proposition.