Zombie companies: Economies on the edge of the abyss 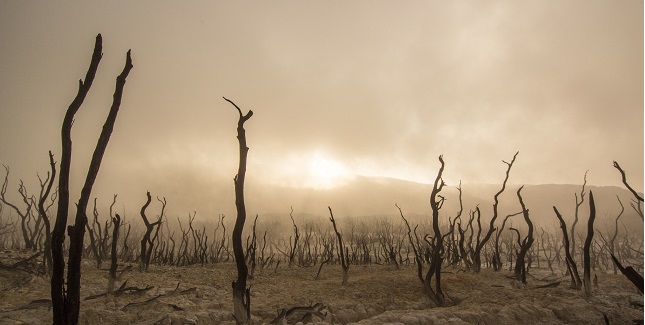 Operating on the Edge

The buzz around zombie or ‘walking dead’ companies got louder last year after a series of interest rate hikes in the US brought those operationally sick companies one step closer to their death rope. A number of studies signaled about the unprecedented quantity of zombie companies (in 1996 these were just 0.6% of the market, while in 2016 – 2%1), whose existence is possible only given the lowrate environment. Why one should care? It is often argued that these companies distort competitive practices with regard to access to labour market and capital. According to OECD research 2, capital investment by zombie companies is associated with lower productivity and lower employment growth as compared to non-zombie firms. However, the era of zombies may come to an end as with higher interest rates those companies would become insolvent in a heartbeat.

Having interest coverage ratio below one over three consecutive years and being older than 10 years (OECD definition), zombie companies are not able to generate enough income to service their debt. However, there is always a risk that the ‘good’ companies heavily investing in business development or which experience temporary weakness could also fall into the unwelcomed category.

Most Affected Industry Sectors and Countries

In our research we have looked at 2800 world’s largest listed companies, 92 of which were classified as zombies, to understand their typology and to identify which sectors and countries are most prone to risk and are producing the highest number of ’walking deads’. Surprisingly enough, a fifth of the identified zombies had equity ratio of over 50%, meaning that although they were well-packed in terms of capital structure, they were struggling to generate substantial earnings to cover the interest payments on relatively low amounts of debt.

Obviously, the most critical is financial industry, which provides the largest number of zombie companies. Financials are followed by the Health Care and Consumer Discretionary. Though the quality of the latter can be considered higher: while in the broader market one finds 12 out of 100 companies coming from Consumer Discretionary, in the ‘zombie universe’ their density is twice smaller (5 out of 100). The weightings of the health care sector in MSCI World and in zombie group match (Fig.1).

With regard to the geographies generating most of zombies, Asian region, mainly China and Hong Kong, is the primary supplier of the ‘walking dead’.

This phenomenon is partially explained by the governmental shareholding, as many companies are being kept afloat thanks to the governmental support. Another type of the ‘zombie sponsor’ might be a parent company, which supports its subsidiaries (e.g. Alibaba’s subsidiaries: Alibaba Pictures, Alibaba Health Information Technology).

Surprisingly (or not?) High Dividend Yields

We have also wondered, whether there is anything fundamentally good about zombies, which could soften a bit the criticism of zombie companies’ existence.
And there is something: almost every company classified as a zombie in our research pays dividend and quite often their dividend yield is higher than market average (Fig.3), which can be regarded as a nice shareholder compensation for poor fundamental performance.

However, considering other financial dimensions, quality philosophy advocates would never look at zombie-type companies due to their too risky balance sheets. Having extremely high debt is obviously not sustainable, so the companies are able to exist only given favorable macro conditions, such as monetary easing, majority shareholder interest or investment hype around the company. Zombies also cannot boast of high return on equity despite low share of equity base. Thus, their valuation levels are substantially lower as compared both to the market and quality stocks, which reflects their financial condition and earnings growth. During the last decade, as depicted on the chart (Fig.4), zombie companies did evolve, and now they have slightly better balance sheets and higher equity profitability –ratio that was totally beaten down in the end of 2008.

Decisive for the further development of zombie companies will be refinancing with higher interest rates. The health of the banking sector is also an important factor. Research has shown that weakly-capitalized banks tend to extend the credit of weak companies to avoid write-downs.